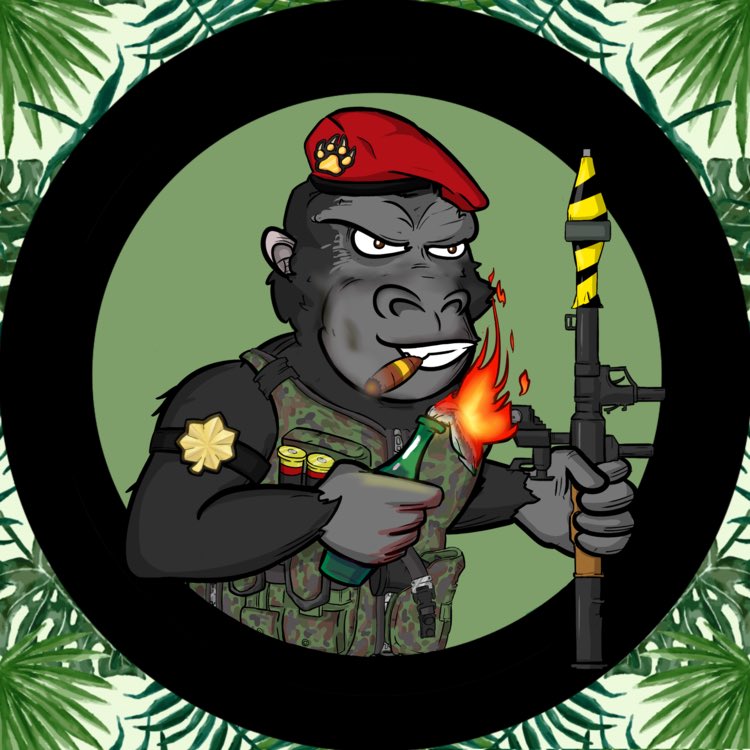 A very promising project brought by an amazing team of the Cardano Community. Their experience and knowledge can propel this project to the hall of fame. The information found throughout the research conducted will spark the interest of any diehard CNFT collector.

Wild Warriors is based around the most notable animals of the African Steppes with a very interesting lore behind them. Basically, in a futuristic world where the Blockchain technology has helped humanity in a way where our world was about to reach utopia, a rogue A.I. named “Rosza” began designing and assembling infectious intelligent-promoting agents to create animal warriors to fight off humanity and save the planet.

More information can be found here

A five member team, all experienced in their own right and everyone a supporter of the Cardano Community and technology. Those members? Known in the community very well and are well respected. Lead idea developer and  founder of the APE Staking pool, ADAape as known in twitter, is the one to oversee the growth of the project. Foeniculum , involved in both ERGnomes NFT project on ERGO and Insomnium, a CNFT mini-game built on Cardano, is the illustrator of the team. Michael Stewart and Vivek Nankissoor, co-founders of the Canucks Staking Pool. Last but not least, Jonathan Osmond  the minting expert. The fact that we know all this information about the team solidifies their credibility.

They have a growing community in their Twitter account with a lot of activity noticed since the launch. The engagement with other CNFT projects is not yet noticed as of the time of writing & collaborations not yet pursued. Their Discord Community is noticably smaller than Twitter but really active with tons of announcements hitting the wall each day.

If you want to follow Wild Warrior’s social media you can check here:

Simply & nicely drawn, a lot different than the usual vector art and as stated above the artwork is focused around African animals in guerilla equipment. The one thing that got my attention is the fact that it has a very-well constructed storyline, on which the project can grow and remain relevant for a very long time. Just the fact of this story makes you wonder, what if this will become a Comic-book some day?!

Some examples of the artwork can be seen below:

Nicely constructed and organized with all the necessary information to get familiar with the project. It catches the mood of the whole theme but It could become a lot better with a little more work, for instance the home page is a bit overwhelming and packed with mostly promotional information. A little attention to detail could not hurt overall as the website is the face of the project.

The roadmap is a bit confusing to a newbie. It is more like a calendar of events that shows the reveal dates of certain traits, events etc. rather than a complete and with a clear path roadmap. I get that this way the whole roadmap becomes a more detailed and credible source but it needs to be visually satisfying with all the information of what the future holds clearly displayed in a single organized page.

The project is really interesting and with a few minor drawbacks. The whole storyline and theme is amazing and needs to be read. A strong team makes a project instantly famous and this project has one.

This site was created to give you an idea of the existing projects and in no condition should you invest in it just by reading the reviews. In each review you can find all the links to the project and I strongly urge you to do your own research before moving forward.